Summer Camp is over for another year. We’ve all returned – bags full of slightly smelly clothes and fantastically tacky souvenirs and minds full of memories of friendships made and new activities tried.

Over the next few weeks we’ll be publishing some posts about our time in camp, written largely from the Patrol Logs which the young people complete each day. So these are their memories – in their own words. Enjoy!

DAY 1 – ARRIVING AT BARRWOOD AND TRADING FOR SUPERHERO PARTS

We met up in Glasgow with all the other Scouts and found out what Patrols we’ll be in for the week. We met our helpers too. Then we got on the minibuses and headed for Barrwood, which is near Stirling. Our minibus had some ‘classic rock anthems’ – we enjoyed singing out loud to ‘Eye of the Tiger’.

Soup and sausage rolls were ready for us when we arrived on the campsite – a strong start from the cook team. After lunch and breaking the flag we set about setting up our own swap shop to buy parts to build a superhero. We had to win in the auction to get stuff like Hulk hands, tridents, swords and armour then we had to trade with other Patrols so we had enough. 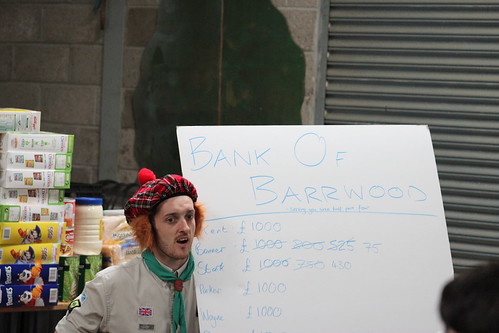 Then it was time for dinner, which was also nice.

After dinner and our first round of doing the dishes we did some Patrol challenges, which made us work together as a team to solve problems. We had to fish for mousetraps and move radioactive logs safely without touching them and move across a maze without getting caught out. 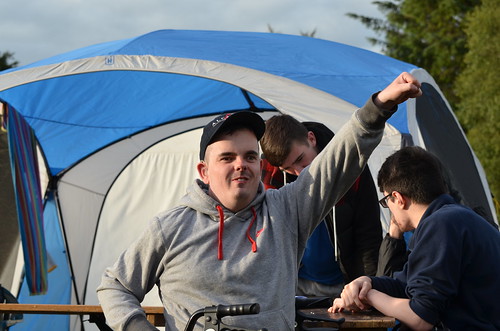 Then we sang our hearts out at our first campfire. Douglas had already started to lose his voice. Then it was time for bed – we were already tired after a full day in camp. Roll on Sunday! 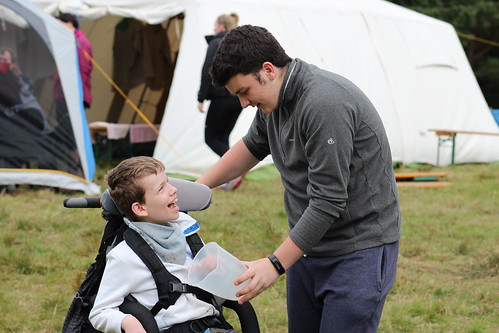 Post script: This blog was adapted from five out of the six Patrol logs. The sixth Patrol log was a bit light on detail, but was amusing, so here it is in full: