In our look back at this year’s summer camp, written by the young people themselves, we’ve reached Day 3 – Monday.

We awoke from our deep slumber. What day is it? Where are we? Bagpipes, tents, sunshine – must still be at Summer Camp!

We brushed our teeth and had brekkie. It was scrummy. [We didn’t make up that description, nor the bit about brushing teeth, honest]

After flag break we headed to Barrwood’s very own reservoir to make rafts for our superhero characters. They had to be strong enough to keep our superheroes safe, but not massive so that they could win the race. We had to remember our knots, although sometimes it was easier just to tie the rope round and round and round until it didn’t fall off. We added some ferns and other greenery to make it look spectacular. 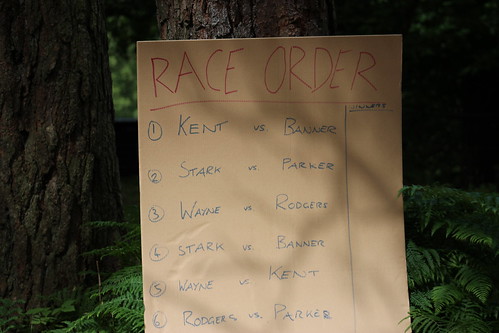 Then Douglas and Chaz took to the water in their canoes and set up the race. Each Patrol battled it out against another until the grand finale. Shenanigans ensued. Our marvellous raft instantly submerged (not part of the plan) which led to the brief drowning of Captain America. 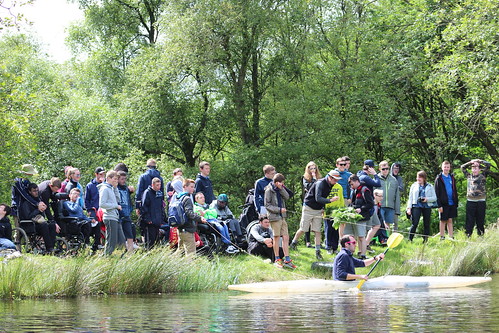 There could only be one winner – the now legendary “BatmiBoat”.

We headed back to our campsite for lunch and then back onto the buses to go for our first outing of the week. We were off to the Peak! 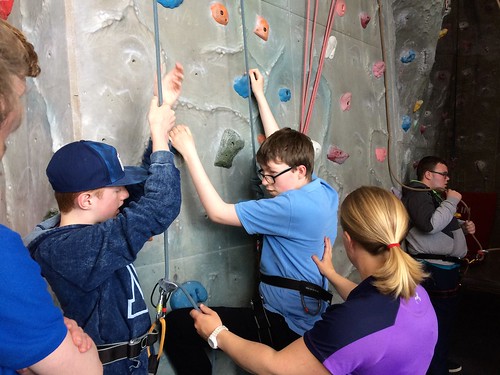 At the Peak we got to play some sports in a huge games hall while others had a go on the rock climbing wall. It looked quite high up from the bottom but was even scarier half way up. We were all very brave! 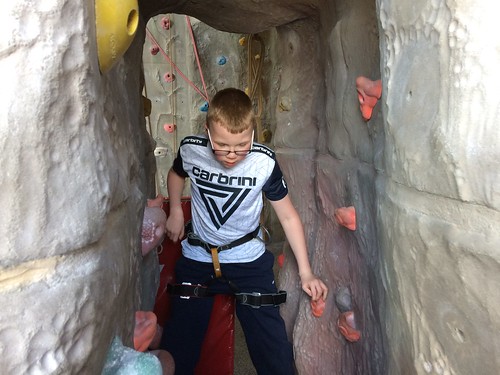 Then it was off for some swimming. We took over an entire pool for all 70 of us! Poor folk who had to come in after us…

Back to camp for dinner – the one, the only, American Bean Pie!

In the evening we did a little bit more badgework and then prepared our sketches for campfire.