There’s no point pretending this morning was anything other than… minging. It was raining, there were midges everywhere and we were not in our usual high spirits! So we hatched a plan and escaped the Barrwood for nearby Stirling. Things were looking up!

We arrived at Stirling Castle which was mobbed. Took us ages to get up the esplanade to the actual castle! Then we went exploring – first to the Great Hall where we discovered the Queen was having a banquet tonight. We were told we couldn’t hang around until then. 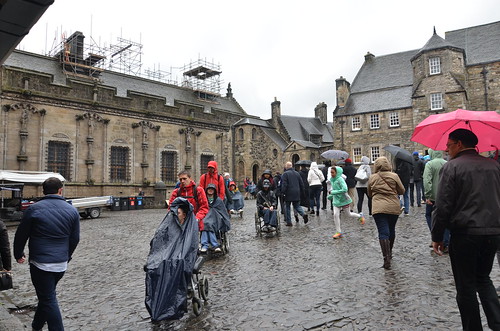 We went under the castle to find out what it was like to live there in the days of old, and some of us got to try on some medieval dresses and smell some of the foods from the time. Then it was back on the cobbles (they clearly didn’t have wheelchairs back in the day) and into the kitchens and then, of course, the shop!

One Patrol drew a picture of the Castle for their Patrol Log today:

Next it was down the massive big hill to the bottom of Stirling for lunch – McDonalds! After setting a new world record for the number of McNuggets consumed in an hour we went off shopping – with one objective in mind – what was the tackiest thing we could find? It wasn’t too difficult…

Then it was back to camp as the sun had come back. Before bed we split into different bases to hone our Scouting skills ahead of day hike day tomorrow.

We had a lie in this morning – bliss! Then it was up, packed and off to the Kelpies to begin our day hike. It was when we arrived at the Kelpies only to find that the Queen had been there moments before that we realised – she was following us! We just caught a glimpse of her helicopter taking off – she must not have fancied any of our picnic! 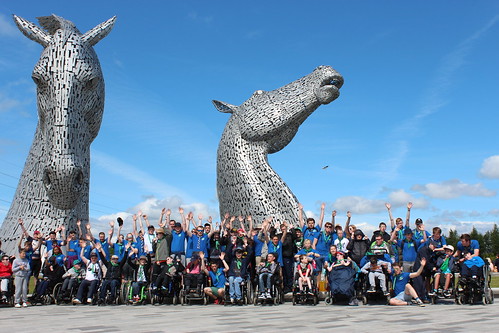 The Kelpies were amazing! We also got to see two real life massive horses from Glasgow – Spencer and Harry. Then we were off down (up? along?) the canal towards the Falkirk Wheel. We all walked 500 miles (3.8 to be precise). 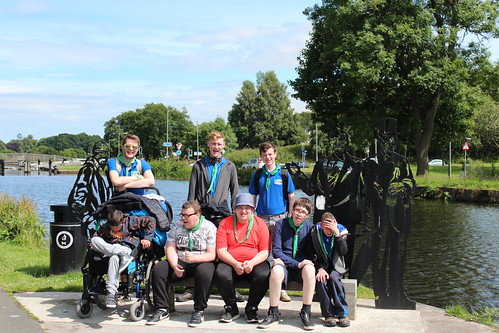 At the Falkirk Wheel we basked in the sunshine then boarded a boat to go on a tour of the wheel itself. It didn’t whizz round quite as fast as we hoped but it was cool. DID YOU KNOW it only takes the power of 8 kettles to turn? We all did! 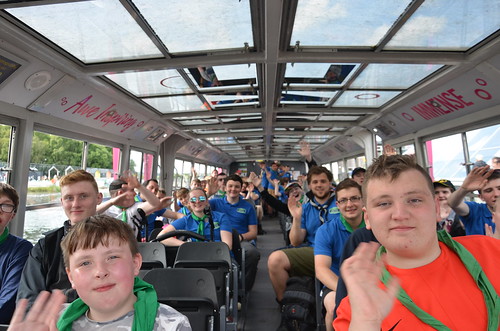 When we got back down we went back to camp for a pasta dinner with a caramelly sugary biscuity treat for desert. Then some chill out / tuck shop time in the Barn with Douglas DJing (don’t give up the day job). At campfire we got the instruments out so it was a very tuneful and noisy sing song!