As camp draws to a close, here are the final three instalments from the Scouts’ log books:

How many kettles boiling is the same as the Falkirk Wheel? We tried to remember yesterday’s fact. Eight! Anyway, to the day ahead! We had breakfast then some more of our badgework sessions then it was into the competition of the century (or since last year) – the James Lawrie Shield! Reputations were on the line. Records were there to be torn up. The competition was fierce. 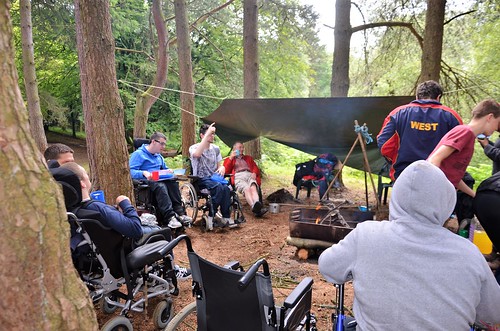 Over the course of the day, and under the watchful eye of the judges, we lit a fire, practised first aid, built a shelter and sent messages via semaphore. Or tried to!

After totting up all the points the eventual winners were Rogers Patrol – well done Jordan, Craig, Jamie, Ross, Greg and Aaron!

Back at our own campsites it was time for dinner then another go at Super Hero Top Trumps and then campfire before bed.

Last proper day in camp – and we’re going off site to Bannockburn! Breakfast was amazing – french toast and leftover apple crumble. Don’t knock it until you’ve tried it!

At Bannockburn we dressed up in some armour and had a go at holding some of the weapons from the time of the battle. They were very, very heavy! 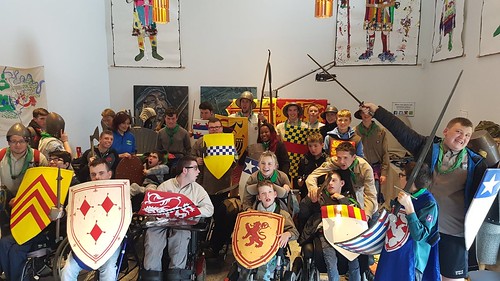 Then we learned all about the history of the battle, and took part in a simulation exercise where we were in command of the English and Scottish armies! In one simulation despite wiping out the entire army, the English triumphed, but when it mattered most, King Kurtis – playing the part of Robert the Bruce himself won the day – go Scotland! 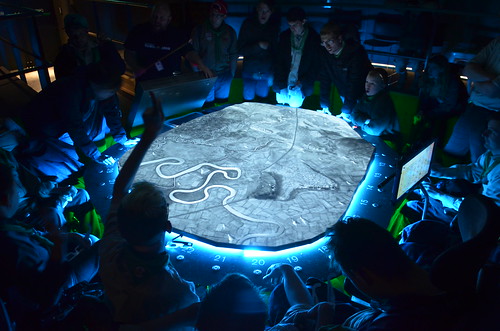 We walked out onto the actual battle site where Ross gave us an interesting talk about the battle and about what happened afterwards. We got our photo next to the giant Bruce!

After Bannockburn we went back to the Peak for a swim and then banquet time back at camp. This is one of our favourite meals – three courses of deliciousness. The DAFTIEs followed – our regular awards for all round amazing chat, impressions, dancing technique and lookalikes.

Then it was our final campfire. We were joined by local Scouts who had come to Barrwood to help us take down all our tents. They taught us a few new songs and we taught them a few Glasgow classics! We also said goodbye to Cody and Conner who were heading home early. 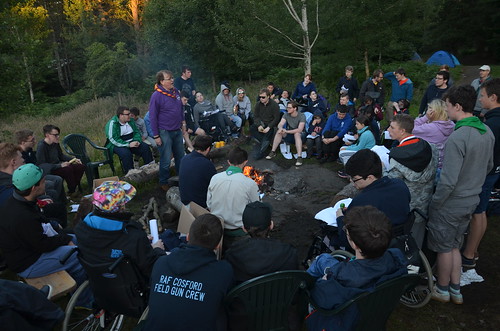 Our Patrol Leaders had a chance to reflect on the week and all their Patrols had achieved. Pats on the backs all round. Then bed. For the last time! (#sadface)

Up, up and away. Well awake and take down camp at least. Saturday is always a sad day in camp, but after a mighty fine breakfast of crepes and chocolate, then a nail-biting final inspection, we had some Merry Fun Time and badgework while the tents got taken down.

Then it was award ceremony time – a certificate for each of us for taking part and badges for all the work we’d completed during the week. But most importantly of all… drum roll…. was the hotly anticipated and cliffhanger reveal of the inter-Patrol points competition!

After much suspension and fairly dodgy arithmetic from the programme team it was announced – Wayne Patrol were the victors! Patrol Leader Owen led his team on a victory lap. Job done. 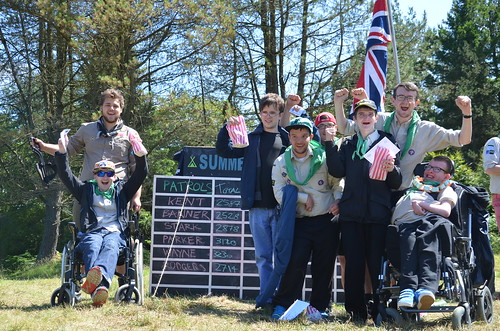 Then we lowered the flag and it was time to jump on the buses. Glasgow bound and home.